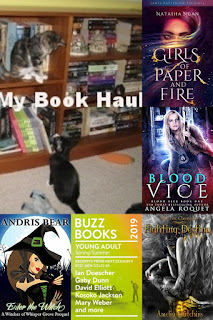 In need of a new way to showcase titles, I decided that My Book Haul seems like a good fit. I like giving books a little special attention as sometimes it can be awhile before I’m able to review them. Sad to say, but some get put on the shelf and gather a little dust before I’m able to give them the love they deserve. I’ve included links to Amazon if you want more information.

Quintland Sisters by Shelley Wood
For fans of Sold on a Monday or The Home for Unwanted Girls, Shelley Wood’s novel tells the story of the Dionne Quintuplets, the world’s first identical quintuplets to survive birth, told from the perspective of a midwife in training who helps bring them into the world.
*** 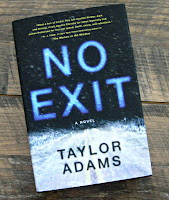 No Exit by Taylor Adams

A brilliant, edgy thriller about four strangers, a blizzard, a kidnapped child, and a determined young woman desperate to unmask and outwit a vicious psychopath.

A kidnapped little girl locked in a stranger’s van. No help for miles. What would you do?

The Maasai Mara Sleeping Syndrome has returned after a six-month hiatus. This time, it’s popped up in New York, and it’s wiped out an entire homeless shelter.

The tenth Buzz Books: Young Adult gives readers the special excitement of being among the first to sample the best in forthcoming young adult novels months ahead of their actual publication.

That Ain’t Witchcraft by Seanan McGuire

Antimony Price has never done well without a support system. As the youngest of her generation, she has always been able to depend on her parents, siblings, and cousins to help her out when she’s in a pinch – until now. After fleeing from the Covenant of St. George, she’s found herself in debt to the crossroads and running for her life. No family. No mice. No way out.

These eBooks were free at the time of download but prices may have changed.

Have you ever heard of the old Celtic legends of the Fae – beautiful, magical, deadly and a love of messing with humans just for kicks and giggles?
Welcome to my world. 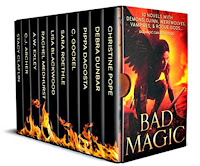 Bad magic can be so good …

These full-length novels of paranormal romance and urban fantasy will keep you on the edge of your seat and up past the witching hour. Black magic, adventure, and romance … they’re all here.

Enter the Witch by Andris Bear

Evangeline Winther is just a normal gal living a normal life. She has a new job in a new town, and nothing can stand in her way.

Except the new job. And the new town. Oh, and the fact that she’s the heir to a centuries old coven of witches, which apparently comes with a familiar – the stereotypical black cat – that spends more time licking himself than helping her learn magic.

Detective Jenna Skye bombs her first week on the St. Louis Vice Squad when she’s bitten by a vampire in a supernatural brothel. Her day only gets worse from there.

From the worldwide bestselling author of Eat Pray Love and City of Girls: the path to the vibrant, fulfilling life you’ve dreamed of. 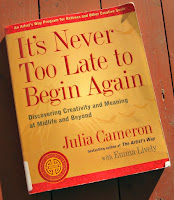 It’s Never Too Late To Begin Again by Julia Cameron

Julia Cameron has inspired millions with her bestseller on creativity, The Artist’s Way. In It’s Never Too Late To Begin Again, she turns her eye to a segment of the population that, ironically, while they have more time to be creative, are often reluctant or intimidated by the creative process. Cameron shows readers that retirement can, in fact, be the most rich, fulfilling, and creative time of their lives.

Beneath the Sugar Sky by Seanan McGuire

Beneath the Sugar Sky, the third book in McGuire’s Wayward Children series, returns to Eleanor West’s Home for Wayward Children in a standalone contemporary fantasy for fans of all ages. At this magical boarding school, children who have experienced fantasy adventures are reintroduced to the “real” world.

Girls of Paper and Fire by Natasha Ngan

Uncover a riveting story of palace intrigue set in a sumptuous Asian-inspired fantasy world in the breakout YA novel that Publisher’s Weekly calls “elegant and adrenaline-soaked.” 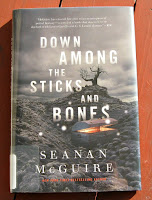 Down Among the Sticks and Bones by Seanan McGuire

Twin sisters Jack and Jill were seventeen when they found their way home and were packed off to Eleanor West’s Home for Wayward Children. This is the story of what happened first…

In An Absent Dream by Seanan McGuire

This fourth entry and prequel tells the story of Lundy, a very serious young girl who would rather study and dream than become a respectable housewife and live up to the expectations of the world around her. As well she should.
What did you receive this week?﻿
This content is owned and copyrighted by alexia561.blogspot.com.