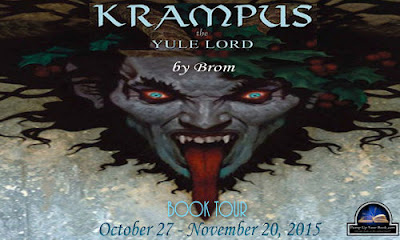 Santa Claus, my dear old friend, you are a thief, a traitor, a slanderer, a murder, a liar, but worst of all you are a mockery of everything for which I stood.

What if you found out that the whole Santa Claus myth was a lie? A deception? What if he wasn’t the jolly old elf spreading Christmas cheer throughout the world that everyone knows and loves?

What would you do if you found out he was actually a lying, cheating, thief who stole the holiday from Krampus, the true Lord of the Yule?

That’s the dilemma facing Jesse, a down on his luck musician who finds himself smack dab in the middle of an actual war against Christmas!

Ready to end it all one depressing Christmas Eve, Jesse witnesses the strangest sight: a man in a red suit running for his life. Is that Santa Claus? Being chased by demons? Trying to escape in his sleigh, being pulled by actual, flying reindeer? Maybe that bottle Jesse was drowning his sorrows in was more potent than he thought?

And so begins Jesse’s strange adventure. Unlucky enough to be in the wrong place at the wrong time, he finds himself caught up in the epic battle between Krampus and his mortal enemy, Santa Claus.

Wanting to reclaim Yuletide and bring back the old traditions, Krampus is determined to remove Santa once and for all! But is Santa really the evil usurper that Krampus claims?

Joining Krampus and his servants in their quest, Jesse is worried about his estranged wife and daughter. Some bad people have a score to settle with him and may take it out on his family. Krampus promises to help, but will it be in time?

While I’ve never heard of Krampus, I have vague recollections of stories about children leaving their shoes outside during Christmas to receive treats and bad little children being beaten for misbehaving. Never knew that those were old Yule tales, but now I want to learn more!

Really enjoyed this story, as it was an interesting take on the old Christmas legends! There are even references to the ancient Norse gods! Full of fascinating characters, with excellent writing and a fast paced plot, this is an awesome read for the holidays! 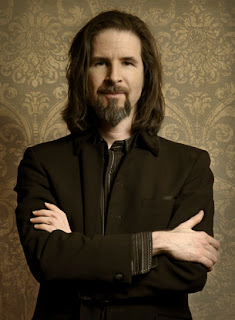 Born in the deep dark south in the mid-sixties. Brom, an army brat, spent his entire youth on the move and unabashedly blames living in such places as Japan, Hawaii, Germany, and Alabama for all his afflictions. From his earliest memories Brom has been obsessed with the creation of the weird, the monstrous, and the beautiful.

He has since gone on to lend his distinctive vision to all facets of the creative industries, from novels and games, to comics and film. Most recently he’s created a series of award winning horror novels that he both writes and illustrates: “The Plucker”, an adult children’s book, “The Devil’s Rose”, a modern western set in Hell, “The Child Thief”, a gritty, nightmarish retelling of the Peter Pan myth, and his latest concoction, “Krampus, the Yule Lord”, a tale of revenge between Krampus and Santa set in rural West Virginia.

Brom is currently kept in a dank cellar somewhere in the drizzly Northwest. There he subsists on poison spiders, centipedes, and bad kung-fu flicks. When not eating bugs, he is ever writing, painting, and trying to reach a happy sing-a-long with the many demons dancing about in his head.