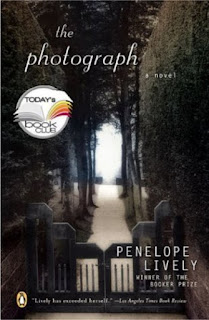 A story about a man finding a photograph showing his late wife holding hands with another man, and his journey to find out what happened and who she really was.

While not a bad book, it was easy to put down and forget to pick back up. I can’t really understand why it was chosen for the Today Bookclub or how it won any awards, as it wasn’t very engrossing.

Kath, the woman in the photograph, seems to have been a rather flighty but engaging woman. Her widower Glyn is not a very sympathetic character, and we wonder why she would have married someone like him. Her sister and brother-in-law fare no better; Sister Elaine has a giant stick up her butt, and B-I-L Nick is a feckless boy-man who has never grown up. We wind up not caring very much about any of the main characters, which is not a good thing.

Ms. Lively is a good writer, but none of the characters were very engaging, and the story seemed to go nowhere. Not bad enough to discard before finishing, but it took me 3 times as long to finish than usual and I read several other books in between.

I gave it 2 stars because it had promise, just failed to deliver.