Title:  Little is Left to Tell

Readers enter a narrative rabbit hole through bedtime stories that Mr. Fin, a man with dementia, conjures for his long-lost son.

Virginia the Wolf writes her last novel to lure her daughter home.

Mr. Fin tries to read the past in marginalia and to rebuild his son from boat parts. The haunting fables in this lyrical first novel trace the fictions that make and unmake us. (Goodreads)

To be honest, this was a tough read. While beautifully written, it felt disjointed and confusing to me and I struggled to finish.
The book starts off with the gentle tale of a rabbit family. Everything seems lovely…until the bombs drop. As the bunnies deal with the aftermath, Mr. Fin makes a sudden appearance in his garage, tinkering with his boat.

What happened to the rabbits? Who is Mr. Fin? The sudden switch between stories and characters left me scratching my head and it took me a moment to catch on.

This story reminded me of a stream of consciousness novel that I once picked up and couldn’t finish, but the tale of the rabbits kept me intrigued enough to keep going.

I’m not sure if it was because the story demanded too much concentration or that Fin’s condition hit a little too close to home (my MIL had dementia), but reading this story was not the enjoyable escape I normally expect from a book.

While it’s not exactly to my taste, I’m sure that other readers will be able to appreciate Fin’s skewed remembrances of beloved stories. And as I mentioned earlier, the author does have a way with words. It was just a little too demanding for me and left me floundering. 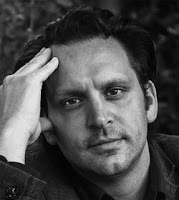 Steven Hendricks lives in Olympia, WA with his wife and two children. He teaches writing and book arts at The Evergreen State College.

He earned his MFA in Writing at The School of the Art Institute of Chicago in 2000.

Little Is Left To Tell is his first novel.