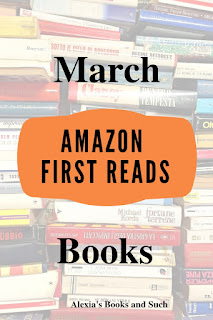 I’m always surprised when I find out that people aren’t aware of this program, but it’s well worth signing up! Granted, some month’s picks are better than others and I sometimes skip a month, but it’s a fun way to discover new titles! 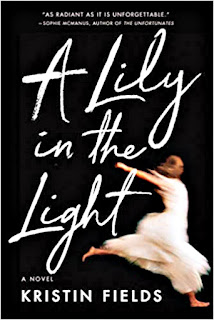 A Lily in the Light by Kristin Fields

For eleven-year-old Esme, ballet is everything – until her four-year-old sister, Lily, vanishes without a trace and nothing is certain anymore. People Esme has known her whole life suddenly become suspects, each new one hitting closer to home than the last.

Unable to cope, Esme escapes the nightmare that is her new reality when she receives an invitation to join an elite ballet academy in San Francisco. Desperate to leave behind her chaotic, broken family and the mystery surrounding Lily’s disappearance, Esme accepts.

Eight years later, Esme is up for her big break: her first principal role in Paris. But a call from her older sister shatters the protective world she has built for herself, forcing her to revisit the tragedy she’s run from for so long. Will her family finally have the answers they’ve been waiting for? And can Esme confront the pain that shaped her childhood, or will the darkness follow her into the spotlight? (Amazon) 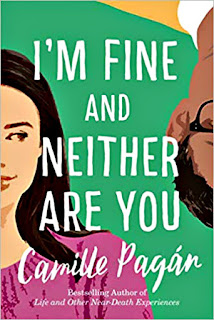 I’m Fine and Neither Are You by Camille Pagan

Wife. Mother. Breadwinner. Penelope Ruiz-Kar is doing it all – and barely keeping it together. Meanwhile, her best friend, Jenny Sweet, appears to be sailing through life. As close as the two women are, Jenny’s passionate marriage, pristine house, and ultra-polite child stand in stark contrast to Penelope’s underemployed husband, Sanjay, their unruly brood, and the daily grind she calls a career.

Then a shocking tragedy reveals that Jenny’s life is far from perfect. Reeling, Penelope vows to stop keeping the peace and finally deal with the issues in her relationship. So she and Sanjay agree to a radical proposal: both will write a list of changes they want each other to make – then commit to complete and total honesty.

What seems like a smart idea quickly spirals out of control, revealing new rifts and even deeper secrets. As Penelope stares down the possible implosion of her marriage, she must ask herself: When it comes to love, is honesty really the best policy? (Amazon) 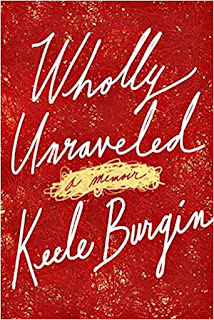 In Kathleen’s home, red jeans were a sin. Parties were punishable with violence. Fear was part of the daily norm. Growing up in a Catholic cult, under the unforgiving eye of her abusive father, Kathleen knew from an early age that if she were to survive, she’d have to do it on her own.

But when the time came to escape, she found herself in a damaging spiral of self-destruction. At rock bottom, and with nowhere to go, Kathleen stepped off a bus in the last place she ever thought she’d find peace: a remote community in rural Canada.

Spending a year in almost complete silence, Kathleen feared this experience would prove to be just another step in her unraveling. Instead, with her demons quieted, she emerged with a fresh understanding of self, an empowering new purpose, and a sense of worthiness that she would never let be challenged again. (Amazon)
*** 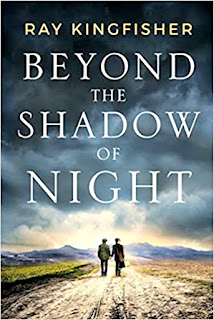 Beyond the Shadow of Night by Ray Kingfisher

Ukraine, 1923. On a small farm, two boys are born within days of each other, both Ukrainian, one Jewish.

Mykhail and Asher grow up inseparable, together finding friendship, adventure and escape from the harshness of Russian rule. But after Asher’s family flees to Warsaw, their worlds are torn to shreds by the Second World War.

The war brings cruelty to both boys. Although Asher finds love in Warsaw, the city is far from the haven his family sought; meanwhile Mykhail becomes a victim of the bitter struggle for Ukraine. But worse follows in the shape of the Treblinka death camp. There, both men must obey orders, and both find their morals compromised and their souls tortured.

The inhuman horrors they witness cast long shadows. Many years later, their paths cross once more, and each man must confront the legacy of his actions. When the darkest of secrets can no longer be kept hidden, can their friendship survive the final reckoning? (Amazon) 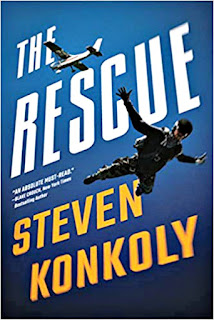 Hired by an influential US senator to liberate her daughter from a human-trafficking ring, Decker never anticipated sabotage or that the assault could go so disastrously wrong.

The hostage is dead. His team is wiped out, and so are their families, including Decker’s own wife and son – eliminated one by one by the Russian mafia. And he’s survived to take the fall.

When he’s inexplicably freed soon into a ten-year sentence in federal prison, Decker suspects another setup. And private investigator Harlow Mackenzie knows he’s right. She has evidence that a power greater than the Russian mob was behind the raid that ruined Decker’s life.

The next move in a nationwide cat-and-mouse game of high-level sedition is up to them. Fueled by revenge and an obsession to clear his name, Decker has only one mission: to destroy a growing conspiracy before it’s too late. (Amazon) 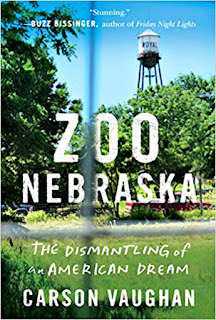 But for nearly twenty years, they had a zoo, seven acres that rose from local peculiarity to key tourist attraction to devastating tragedy. And it all began with one man’s outsize vision.

When Dick Haskin’s plans to assist primatologist Dian Fossey in Rwanda were cut short by her murder, Dick’s devotion to primates didn’t die with her. He returned to his hometown with Reuben, an adolescent chimp, in the bed of a pickup truck and transformed a trailer home into the Midwest Primate Center.

As the tourist trade multiplied, so did the inhabitants of what would become Zoo Nebraska, the unlikeliest boon to Royal’s economy in generations and, eventually, the source of a power struggle that would lead to the tragic implosion of Dick Haskin’s dream.

A resonant true story of small-town politics and community perseverance and of decent people and questionable choices, Zoo Nebraska is a timely requiem for a rural America in the throes of extinction. (Amazon)

Which one looks good to you? I’m leaning towards either I’m Fine and Neither Are You or The Rescue. I let my Prime membership lapse, but the $1.99 price for non-Prime members is still a great deal!