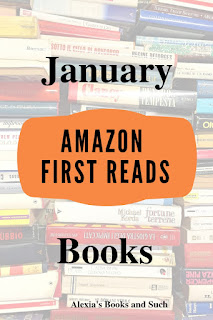 I’m always surprised when I find out that people aren’t aware of this program, but it’s well worth signing up! Granted, some month’s picks are better than others and I sometimes skip a month, but it’s a fun way to discover new titles! And did I mention that it’s FREE? 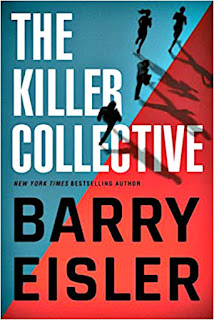 When a joint FBI-Seattle Police investigation of an international child pornography ring gets too close to certain powerful people, sex-crimes detective Livia Lone becomes the target of a hit that barely goes awry – a hit that had been offered to John Rain, a retired specialist in “natural causes.”

Suspecting the FBI itself was behind the attack, Livia reaches out to former Marine sniper Dox. Together, they assemble an ad hoc group to identify and neutralize the threat. There’s Rain. Rain’s estranged lover, Mossad agent and honeytrap specialist Delilah. And black ops soldiers Ben Treven and Daniel Larison, along with their former commander, SpecOps legend Colonel Scot “Hort” Horton.

Moving from Japan to Seattle to DC to Paris, the group fights a series of interlocking conspiracies, each edging closer and closer to the highest levels of the US government.

With uncertain loyalties, conflicting agendas, and smoldering romantic entanglements, these operators will have a hard time forming a team. But in a match as uneven as this one, a collective of killers might be even better. (Amazon) 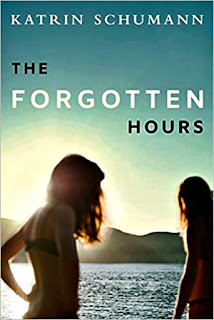 At twenty-four, Katie Gregory feels like life is looking up: she’s snagged a great job in New York City and is falling for a captivating artist – and memories of her traumatic past are finally fading.

Katie’s life fell apart almost a decade earlier, during an idyllic summer at her family’s cabin on Eagle Lake when her best friend accused her father of sexual assault. Throughout his trial and imprisonment, Katie insisted on his innocence, dodging reporters and clinging to memories of the man she adores.

Now he’s getting out. Yet when Katie returns to the shuttered lakeside cabin, details of that fateful night resurface: the chill of the lake, the heat of first love, the terrible sting of jealousy. And as old memories collide with new realities, they call into question everything she thinks she knows about family, friends, and, ultimately, herself. Now, Katie’s choices will be put to the test with life-altering consequences. (Amazon) 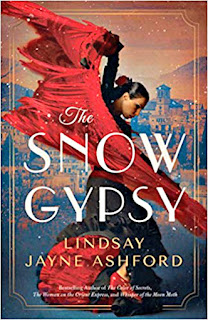 At the close of World War II, London is in ruins and Rose Daniel isn’t at peace. Eight years ago, her brother disappeared while fighting alongside Gypsy partisans in Spain. From his letters, Rose has just two clues to his whereabouts – his descriptions of the spectacular south slopes of the Sierra Nevada and his love for a woman who was carrying his child.

In Spain, it has been eight years since Lola Aragon’s family was massacred. Eight years since she rescued a newborn girl from the arms of her dying mother and ran for her life. She has always believed that nothing could make her return…until a plea for help comes from a desperate stranger.

Now, Rose, Lola, and the child set out on a journey from the wild marshes of the Camargue to the dazzling peaks of Spain’s ancient mountain communities. As they come face-to-face with war’s darkest truths, their lives will be changed forever by memories, secrets, and friendships. (Amazon) 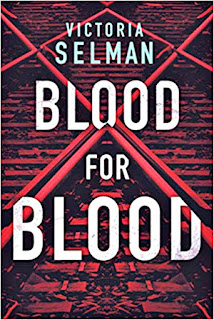 Blood for Blood by Victoria Selman

Rush hour, London. A packed commuter train is torn apart in a collision. Picking through the carnage, ex-special forces profiler Ziba MacKenzie helps a dying woman who passes on a cryptic message: He did it. You have to tell someone.

When a corpse is found bearing the gruesome signature of a serial killer dormant for twenty-five years, Ziba is pulled into the hunt for the perpetrator. As the body count rises it becomes clear he’s on a new spree. But what’s brought the London Lacerator back after such a long hiatus? And does his sudden return have anything to do with the woman on the train?

Ziba scrambles to profile the killer in the hope of predicting his next move. But time is running out. And the closer she gets to uncovering his identity, the closer he gets to destroying hers. (Amazon) 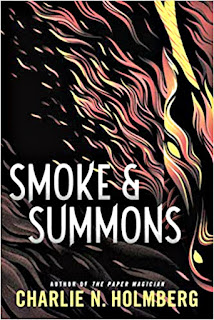 As a human vessel for an ancient spirit, Sandis lives no ordinary life. At the command of her master, she can be transformed against her will into his weapon – a raging monster summoned to do his bidding. Unlike other vessels, Sandis can host extremely powerful spirits, but hosting such creatures can be fatal. To stay alive, she must run. And in a city fueled by smoke and corruption, she finds a surprising ally.

A cunning thief for hire, Rone owns a rare device that grants him immortality for one minute every day – a unique advantage that will come in handy in Sandis’s fight for freedom. But Sandis’s master knows how powerful she is. He’s determined to get her back, and he has the manpower to find her, wherever she runs.

Now, to outwit her pursuers, Sandis must put all her trust in Rone and his immortal device. For her master has summoned more than mere men to hunt her down… (Amazon) 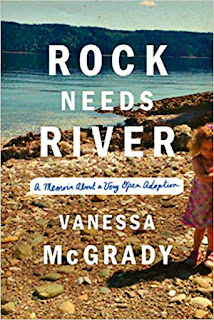 After two years of waiting to adopt – slogging through paperwork and bouncing between hope and despair – a miracle finally happened for Vanessa McGrady. Her sweet baby, Grace, was a dream come true. Then Vanessa made a highly uncommon gesture: when Grace’s biological parents became homeless, Vanessa invited them to stay.

Without a blueprint for navigating the practical basics of an open adoption or any discussion of expectations or boundaries, the unusual living arrangement became a bottomless well of conflicting emotions and increasingly difficult decisions complicated by missed opportunities, regret, social chaos, and broken hearts.

Written with wit, candor, and compassion, Rock Needs River is, ultimately, Vanessa’s love letter to her daughter, one that illuminates the universal need for connection and the heroine’s journey to find her tribe. (Amazon)

For the month of January, Prime Members can choose TWO First Read titles!Which ones look good to you? I’m leaning towards The Killer Collective and Blood For Blood, but Smoke & Summons looks good too. So many good choices this month!